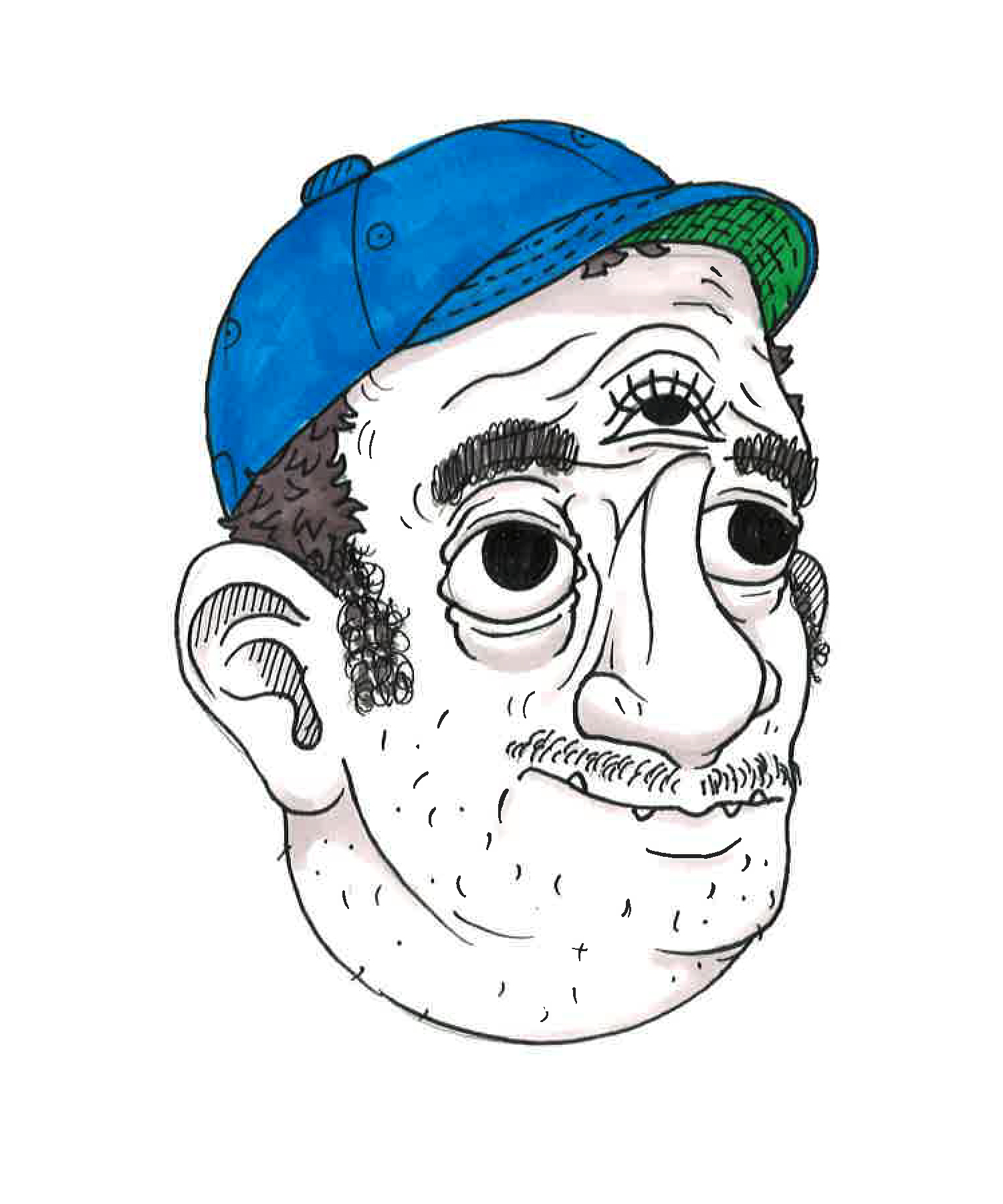 Hardly anybody notices that Pat’s a monster, and those that know don’t think much of it. He’s so obviously an ordinary, stand-up American Joe that the the third eye is actually a little reassuring: even his hideous secret isn’t secret. He could easily hide the eye beneath the brim of his ever-present baseball cap (or so the thinking goes; in reality that would be very uncomfortable). That he chooses not to hide his extraneous eyeballs shows that he’s got nothing to hide.

Monsters aren’t entirely unheard of in this day and age, anyway. Oni-ism is tied to a recessive gene that’s just starting to get attention in the medical community. It traces back to certain rarified lineages in East and Central Asia. Patrick’s thrice-great grandmother on his mother’s side, as a matter of fact, was a giantess who slew a thousand adventurers before one won her heart (with the help, of course, of a clever talking turtle and a cloak that could make itself out of anything.) His father’s grandfather was a shapeshifter who began life as a many-eyed insect, and ended life the husband of an unwitting girl from a local village. When Patrick’s parents met they had no idea of their ancestry – immigration tends to erase these irregularities from the record. To them, their son’s appearance was a mystery.

It’s not a mystery Patrick’s particularly interested in solving. He’s much more interested in cars. His third eye lets him do a kind of visual triangulation on a troubled engine, effortlessly finding the source of any inauspicious sound. He’s not the world’s best mechanic for all that, but he gets the job done without charging too much, and his customers trust him. His wife and kids love him, and the dog’s given up growling at him and taken to sleeping in his lap when he watches TV at night. Above all, it’s his incredible sincerity that lets him pull it off. He just has more of it than anybody else he knows. Because when he looks into your eyes with all three of his, you have to pick just two to look back into.

One thought on “85. Patrick Nguyen”