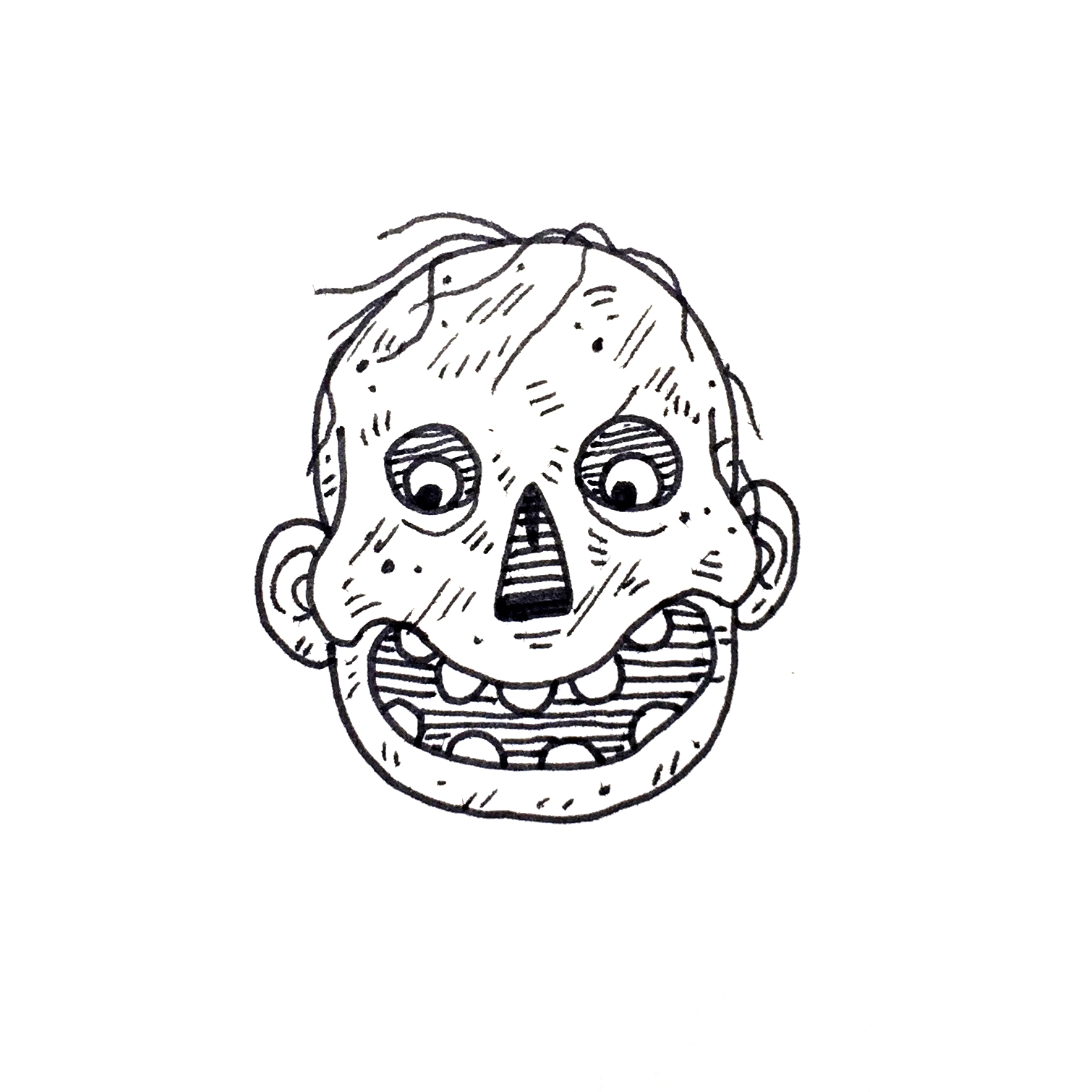 Shh … no, not so loud. He doesn’t know yet. He never was especially bright, which is why we always called him Zombo, which is … yes, a little bit ironic now. Okay, a lot ironic. But look, he seems to like bowling with us, and it’s not like he’s trying to bite anyone. I think he’s the Haitian kind of zombie. You know, animated by a witch doctor’s curse and subject to his master’s will? I don’t think he needs brains to survive. I’ve only seen him drink milkshakes.

He’s a terrible bowler now – keeps leaving fingertips in the finger holes – but he wasn’t much better before. And we were – and are – a pretty terrible team. We kept Zombo on the team because somehow it made it more tolerable to lose when we had that smile on our side. He was always – sorry, is always so happy just to be hanging out at the alley, throwing the ball down the lane … it helps you remember that bowling is a game, you know? With the competitive circuit like it is, everybody in their custom shoes and gloves and sweatbands and hissing profanity at each other under their breath … well, it’s easy to forget that we do this for fun.

Family? What? Zombo’s got no family! He grew up with his aunt, who barely tolerates him, and besides that all he has are his co-workers at the gas station and us. And half of us are his co-workers at the gas station, so there you go. That’s why we were so happy when he first started telling us about his new friends. How were we supposed to know they were a death cult?

So yeah, I know, he’s an abomination or whatever. But he’s still smiling, isn’t he? I mean, he doesn’t talk much, or really at all – just grunts and groans – but that smile must mean something, right? And if he’s not harming anybody, and he seems happy, why not let him be?

Just … don’t say anything to him about it okay?