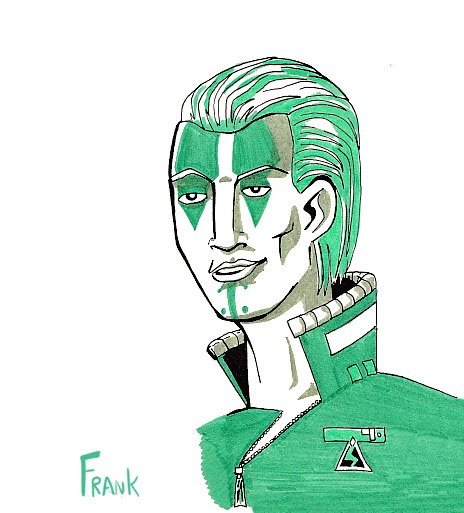 She is small, in a way that makes her easy to underestimate, and to feed on long spaceflights. She is reserved and affectless, in a way that makes others desperate to befriend her, or at least to make her laugh. She is wise beyond her years, but looks half her age. She is Hilea Zelnick, Earth’s greatest liar.

Insomuch as the Terran Hegemony will acknowledge her as an employee, she is officially listed as a diplomat. When she accompanies the interplanetary delegations, however, that is rarely her title. She is some other, minor thing, important enough to justify her presence but not important enough to occupy much time. She has been a linguist, a custodian, a munitions expert. She is often a botanist.

Hilea is fluent in some thirty-seven languages, and picks up more like suns pick up cosmic debris. She is so adept in these languages that she can flawlessly pretend not to speak them, then play a gratifyingly quick study under an altruistic alien tutor. It is another of the ways in which she is good at making friends.

Hilea’s job is to make the galaxy’s other sentient species think it was their own idea to join the Terran Union, under the strict terms the Union dictates. She “leaks” tantalizing rumors of Union life to the aliens she befriends. She seduces them with her eagerness to understand their culture. In truth, she lies very little. As with the Bonsai trees she keeps, it takes only the occasional suggestion of a barrier to create the patterns she desires. With words and with silence, with laughter and with lies, she shapes her new acquaintances into their homeworlds’ own greatest liars.