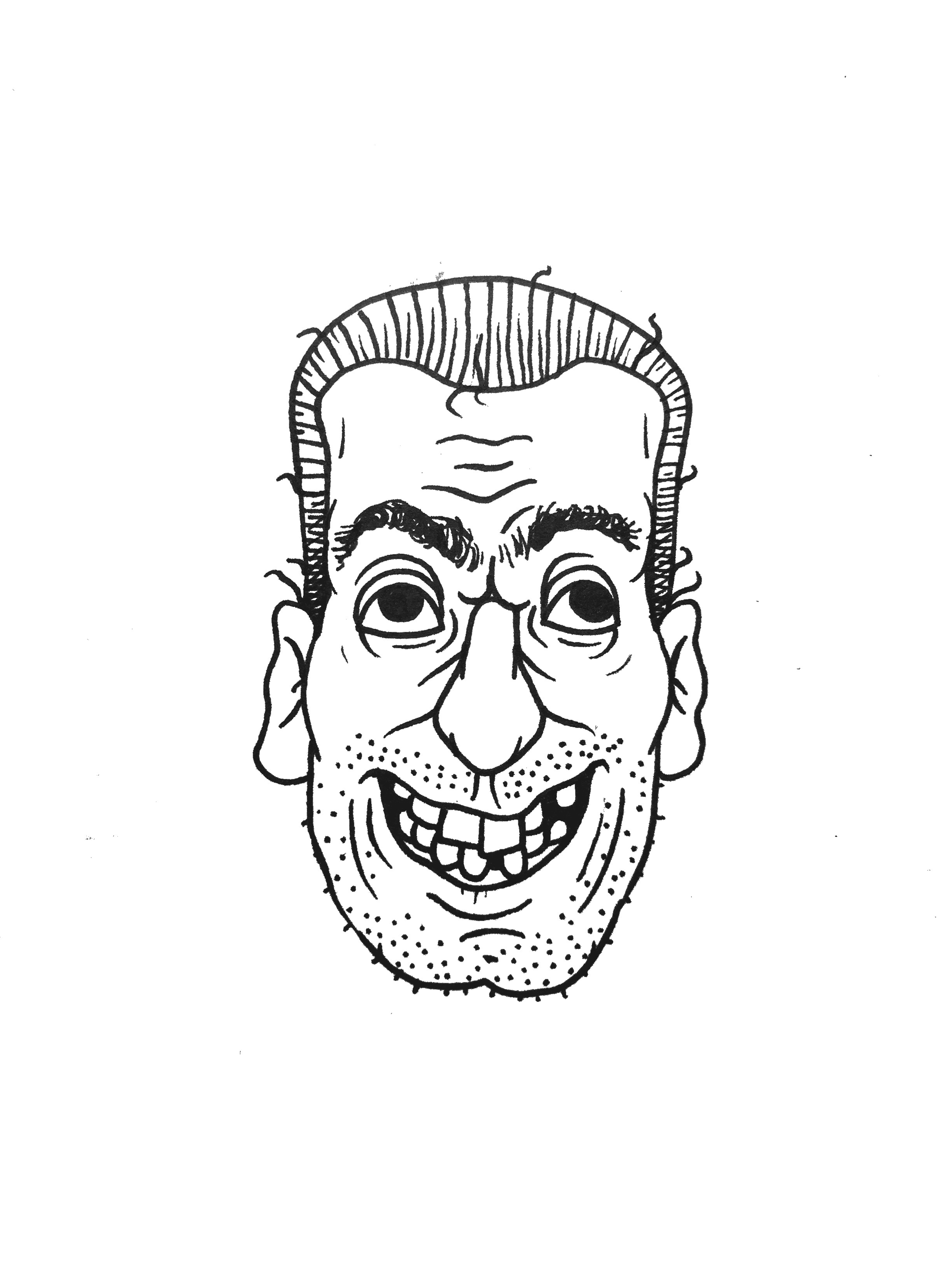 Look, if you wanna get overcharged, nickled and dimed, talked down to and informed on, you can go to any mechanic in the damn city. That’s your business. If you want a guy who’s discrete, who understands, who’ll replace your arm and your leg without it costing you one of each, you want my man Chet. I mean look at me, man – hardly eight ounces of organic material left in my body, and I’ve been going to nobody but Chet for sixteen years now. I’m still walking, ain’t I? So listen.
Say you get your shiny new hand chewed up by a too-agressive handshake. The dealership’s gonna charge you out the bionic nose for new tendons, chassis, brand new ball bearings, and they’ll probably sneak in a firmware update that files a report every time you jack off. Chet, on the other hand, will not only salvage half the parts from an arm nobody’s using anymore, but he’ll give your insurance company a whole sob story about how your entire arm has become misaligned in a subtle but critical way, and them to pay for chrome plating, EM sensing, and a Magic Eyeball into the bargain.
I remember one time I decoupled my elbow joint arm wrestling. Chet takes a look at me, sees that my shoulderplate could use a new coat of paint and a couple other things, and then you know what he does? Takes me around the corner with a ballpeen hammer and beats the bolts out of me like I owe him money. Thought he was crazy at first (that was a long time ago, now I know he’s crazy), but then he goes and blames all the damage on a bar fight I got into after the arm-wrestling went sour, and insurance ends up buying me a brand new arm – Tyr-10, chrome black, MSAC interface and LED mood lightning. See?
Another time I went to him because my legs failed the safety exam. They were running fine, you know, but I like vintage parts and the inspectors are harder on the old models because legs have supposedly gotten a lot safer in the last five years. The inspector I went to – clean cut prick without a speck of blood on his overalls, fails me because the immobilization piston isn’t connected to the hydraulic regulator. Never mind the fact my legs have never gone haywire in six years of hard use (that’s old-world German crafstmanship for you), plus the fact I don’t like their being a circuit can render me a paraplegic at a moment’s notice. The guy tells me I’ve gotta replace the hydraulic valve on the piston – for twelve hundred bucks! So I take it to Chet and he says to me, “Boyo, never get your safety checks done anywhere but here.” And I don’t now, because you know how much he saved me? Eleven-hundred ninety. Just glued the rubber hydraulic hose onto the old valve, held it long enough for me to pass inspection, and that was that.
Yeah, I know how he looks. And I know he’s changed the name of his garage four times in the last five years – “Tom and Jerries,” to “Alliegant” to “Bodyworx” to “Zed’s Sandwiches,” – I know nothing he owns seems to have his name on it, not even his business cards. And I know he overcharges any customer he knows is just passing through town. He’s a cheater, all right? There it is. But it’s a world of cheaters, friend, and sometimes it’s good to have someone cheating on your side.
Plus, he’s always got pastries in the waiting room.