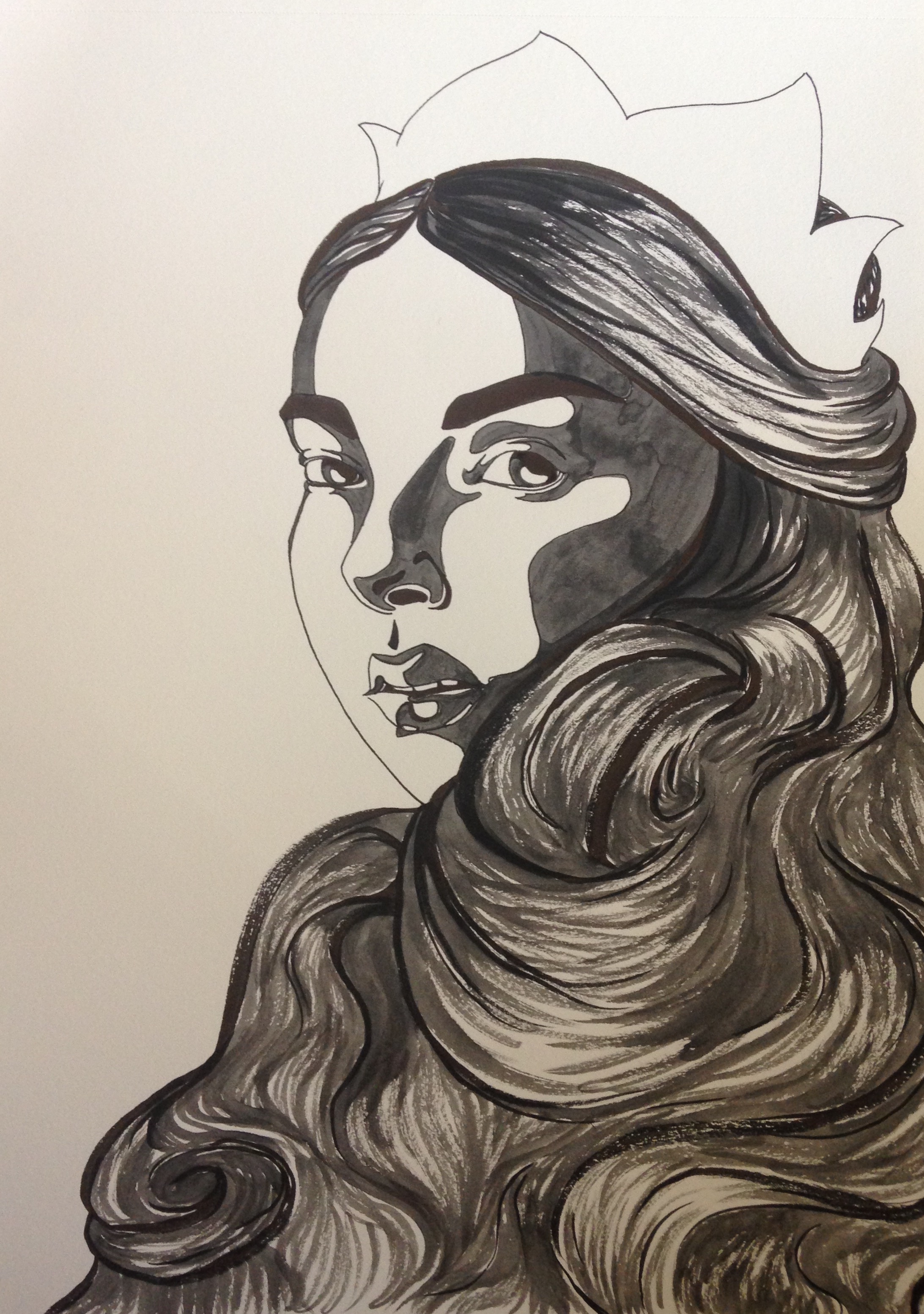 She is intentionally beautiful – the only kind of beautiful the Good Folk can be. Her entire appearance, her glamour, is her mental image of herself, as is true of every member of the Court (unless of course they are cursed, in which case their glamour is someone else’s mental image of them.) And so the princess has crafted herself this cascade of weightless hair, these liquid lips, these retreating eyes. She chose the form of her crown as well, but custom dictates she must wear some form of royal headdress, regardless of her wishes. Which makes the crown a sort of curse, one might argue.

They think her shy, but that is just the sort of imprecision she privately finds unforgivable. She is reserved. She does not crave notoriety, a resource all too abundant for an heiress, but rather secrecy. Nor does she pursue friendship, which she has come to equate with favor-seeking, but rather information.

She is engaged in a cold war that she declared unilaterally, of which no one else is aware. The hair she has invented for herself is the favorable terrain through which she conducts her campaigns. It is a smokescreen to hide her suspicious glances. It is a journal into which she whispers the secrets she acquires. It is, above all else, lovely; lovely enough to convince the fawning courtiers that lovely is all she is.

It will be a thousand years or so before she’s Queen. The Good Folk only die when they wish, and they only wish when they are very bored, and they are rarely bored when they have power. This is more than acceptable to her. She has long been aware that there is a great game played between the nations of the Other, a game which, once joined, is never left. She is happy to put off joining the game while she studies its rules. She understands, you see, that as soon as she places her pawn upon the board, her every action will be recorded, scrutinized. Her past gambits will be studied, and her moves ruthlessly predicted. She intends to enter the game with no history at all. She intends to hustle.