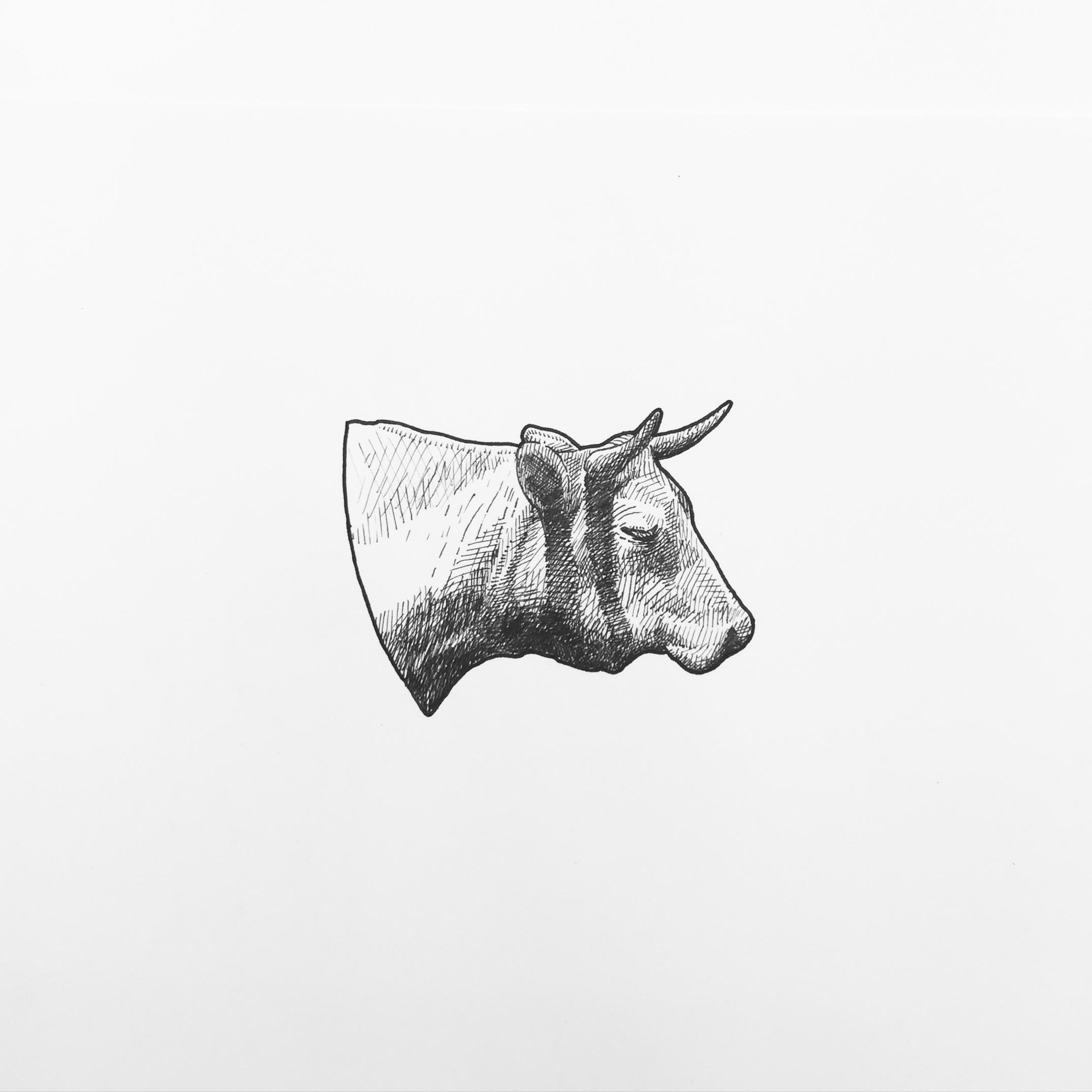 Ida – for that is what the loud creatures which visit her pasture call her – is a machine for turning grass into milk and protein. She is a good machine – large, even-tempered, not prone to mechanical malfunctions. The creatures which visit look into the heavy brown marbles of her eyes and twist the corners of their mouths upwards in a way that suggests they are attempting to mimic a similar expression percieved on Ida’s face, though this perception must be erroneous; her face is not currently outfitted to produce such an expression.

These creatures claim to have “found” Ida, as if the things in this field did not exist until the creatures touched them with their eyes. They made a great fuss over her – did not “recognize” her, though she knew she bore the marking on her hindquarters common to all her peers. Some days passed, and they named her “Ida” and seemed to accept her. They make no more fuss; she is integrated.

The molecules admire the grass, seeing in it a kindred spirit. They marvel at mouths – these crude multipurpose appendages for sensing and expressing and consuming. They ache with excitement: to find the purpose of all this milk and protein they are inventing. To discover what it means to be “butchered.” To be disintegrated, as they are meant to be disintegrated, and to meet the many mouths of hungry Earth.