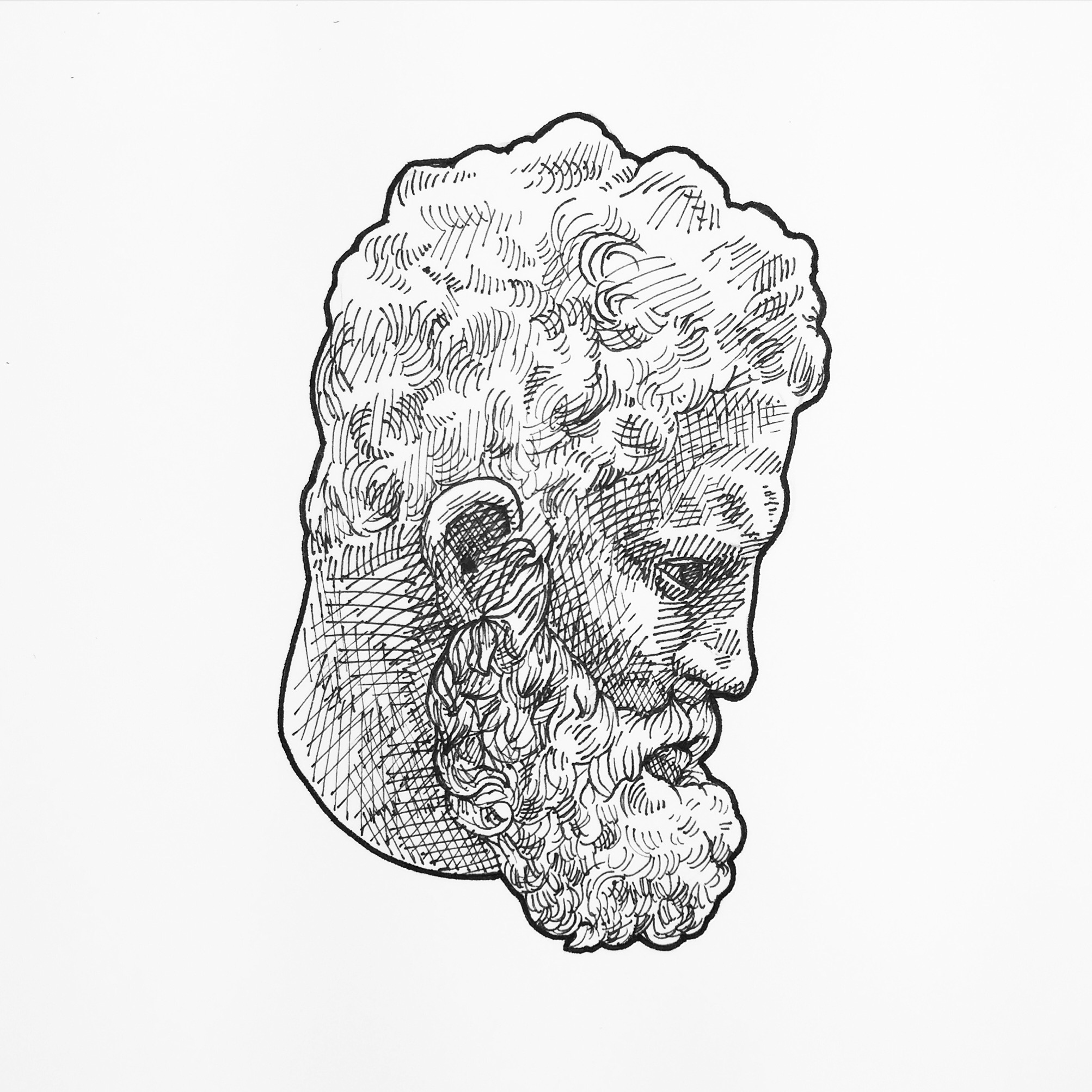 Jared Moore is the best dishwasher Cindy’s Diner’s ever had. They know he’s good, but they don’t know just exactly how good he is, because they don’t know how much effort it takes Jared not to crush the dinnerplates in his massive hands. Jared has god’s blood – filtered down through the ages, but hard to dilute – and it makes his skin iron and his muscles hydraulic. Jared doesn’t know this. He can’t trace his genealogy back more than two generations. All he knows is that when he was nine he liquefied the cat’s head instead of petting it, and mashed the carcass down through a storm gutter for fear of consequences.

The pots and pans in Jared’s kitchen are always gleaming. No encrustation of burnt sauce or hardened fondue chocolate is too tough for his steel-wool fingers. The real trick is making sure he doesn’t scrape through the stainless-steel bottoms. His great bulk makes every movement seem slow and cumbersome, but the front of house is always stocked with clean dishes and silverware.

At the end of the night, Jared walks two miles home to his apartment, where he makes himself dinner. He eats eggs – poached, over-easy, deviled, basted, but never scrambled. He cracks them in one hand, with the barest touch of his broad thumbnail. He waters his many plants with a porcelain pitcher. He feeds his cat. Then he sleeps, and dreams of being a hero in a time where strength was treasured.

Jared isn’t unhappy. His life isn’t a prison. The opposite, actually. At any moment, Jared could tear his apartment building down around him, leap into the street, throw cars and snap necks and bring the city to its knees. The choice Jared makes each moment not to do this; that is true freedom.