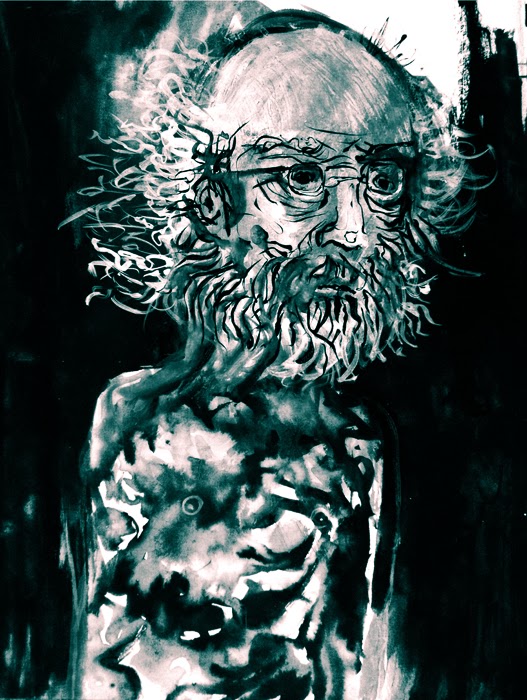 The going rate for prophetic vision these days is one eye. Grizzle Belroy was clever, though. He gave half the sight in each his eyes, and then bought a pair of glasses. This sort of vision (if the pun can be excused) is Belroy’s hallmark. He reads between the lines of his own prophecies, and deduces the twists and turns his hearer’s road must take to create the final condition. No prophet has ever wrung so much value from the gift. Nor has any prophet ever been so miserable.

The trouble with foregoing the standard fee for prophecy is that there is nothing to mark Belroy as a member of his profession. An eye patch, it turns out, does wonders for the credibility of its wearer. This, coupled with the fact that Grizzle shrewdly refuses to wear clothes unless his weather predictions demand it, means that Belroy himself is rarely in demand. He splits his abundant free time between the nude beach and Shinbone Alley, the cobblestoned byway where superstitious butchers discard their most auspicious bones. Shinbone alley is where his one customer finds him.

The man who calls on him refuses to give a name. Belroy has seen enough of the young man’s future to understand why. He comes every week now, always wanting to know the outcome of his next robbery. The visions Belroy relates to the man are awash with blood, but never the young man’s own. And Grizzle has watched the robberies become extortion, become racketeering, bribery, and assassination. And the young man keeps him fed.

It is not the most glamorous of arrangements, but the prophet of Shinbone Alley has never been much for glamour. He knows what the young man doesn’t – that in sixty-six more months the prophet will be alone again. For the man only asks “will I die tonight?” Never “will I die?”