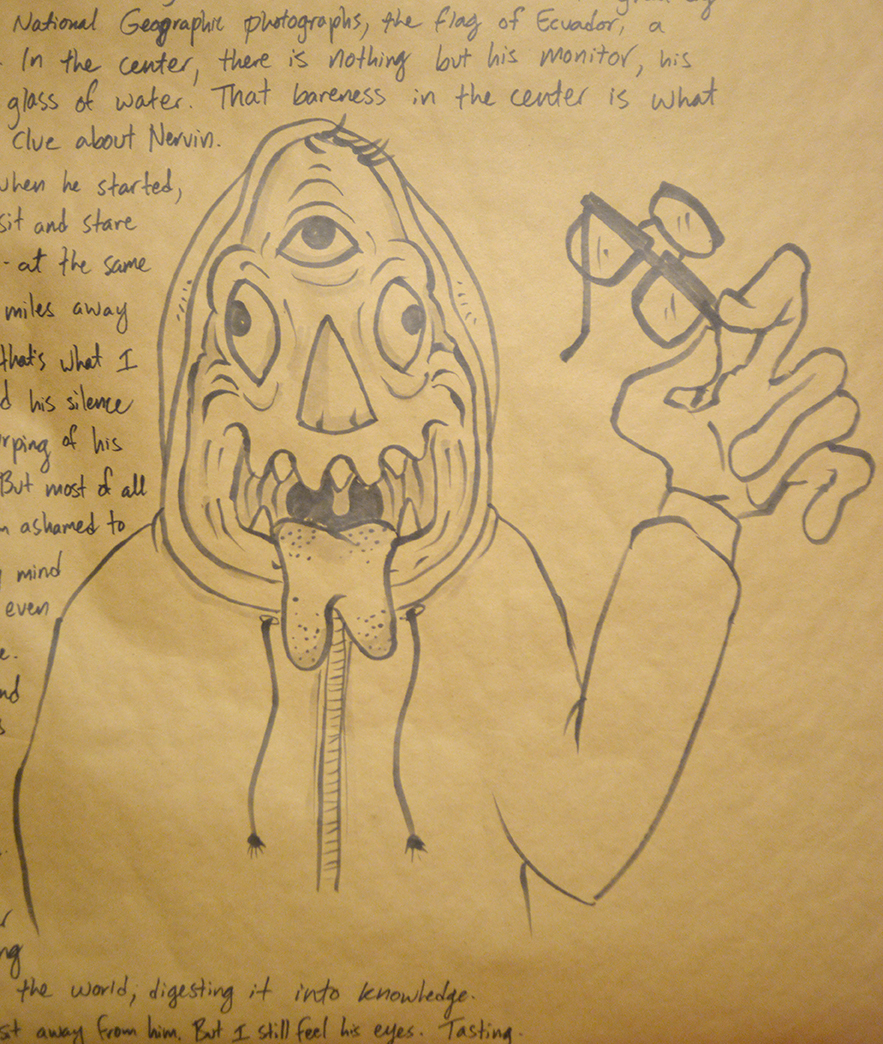 The left wall of Nervin’s cubicle is covered in cat posters, and pictures of his adopted parents. The right wall is covered in evidence of the great big world out there – National Geographic posters, the flag of Ecuador, a twenty-euro note. In the center, there is nothing but his monitor, his keyboard, and a glass of water. That bareness in the center is what gave me my first clue about Nervin.

I’d misjudged him when he started, because of how we’d sit and stare stupidly at lunchtime – at the same table physically, but miles away mentally. At least that’s what I thought. I interpreted his silence as ignorance, the slurping of his soup as tactlessness. But most of all it was his stare. I’m ashamed to admit I’d made up my mind about Nervin before he even sat down at our table that first day.

But as the cublicles around Nervin’s emptied, and his expanded, I realized I was the fool. Cover up the outer eyes- look only at the third. That’s where he keeps his focus. The other eyes, and that lolling tongue – he’s eating the world; digesting it into information. Now, at lunch, I sit far away from Nervin. But I still feel his eyes. Tasting.