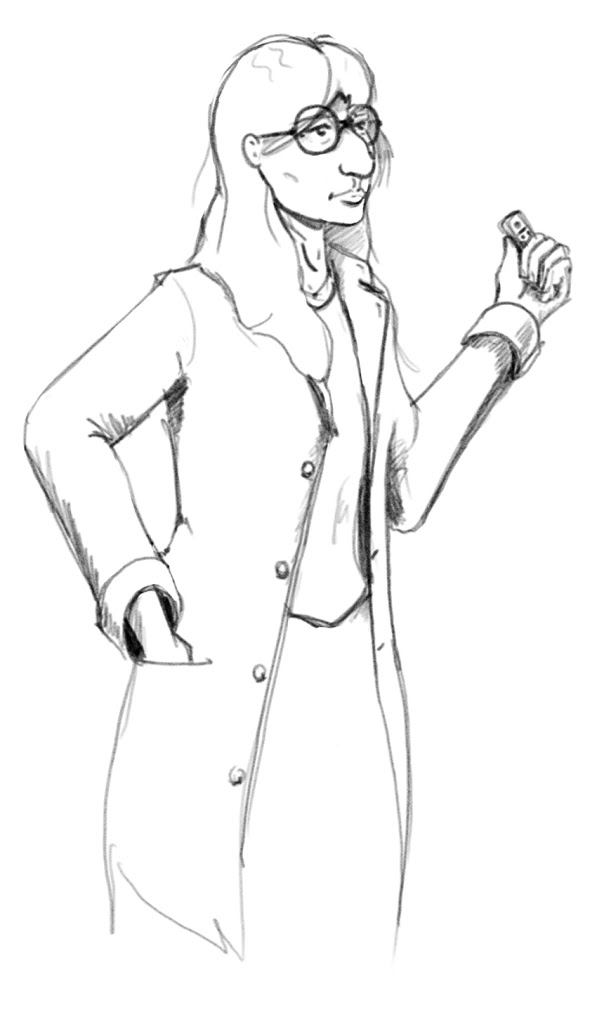 An object in motion tends to remain in motion unless acted upon by an outside force. Basic physics though it is, it was a comfort to Jonaya in her youth. It seemed to imply immortality, if she could only keep moving and avoid outside forces. These days, immortality no longer seems so appealing, and the simple little maxim is comforting to her for another reason: she is curious about the outside force.

It is not that she is eager to die. Jonaya Gould loves her life. And why shouldn’t she love it? Few are paid the kind of money she’s paid, to do the kind of wold-changing physics she does. The Department of Defense has been kind to her. And she is not bothered very much by the lives her weapons take. For the most part her missiles stay in their silos, a direct consequence of the beauty of the trajectories she has calculated for them, of the horrifying elegance of her target selection.

War, because of people like her, is leaving the realm of the physical. It is fewer and fewer people fighting over larger and larger areas. It is peace by dilution. Jonaya’s goal is to write equations so exquisitely deadly that they must stay equations, and so write peace. Anyway, that was her goal when she began. Now she’s restless. A plan in motion tends to remain in motion until acted on by an external force, and Jonaya can already plot a dishearteningly predictable geometric progression for this plan, an arms race running for another thousand years. It is Xeno’s paradox: the missile can never quite be launched. Peace will never quite be declared. There is always half the distance left to travel.

Jo no longer asks herself how many hundreds, or tens, or fractions of a person will die in coming years. She asks where they will go when they do. What will happen to those people’s minds? And why do we all seem so anxious to avoid it? In her fine suburban home, Jonaya is building a machine of wood and glass and marbles, a complex contraption that fills the whole house. It feels good to work with her hands, after all these years. When her heart stops beating, the machine will begin to work. A marble will roll down a slope, dominoes will fall, a mousetrap will snap shut, a bucket will tip out its gasoline, a match will strike itself. With beautiful complexity, her house will burn, and the fire will consume all her papers – all her careful notes on the peace to come and the equations to ensure that peace. And the fire will spread, to wherever the wind will take it.

After these long years of being the object in motion, it will feel good to be the outside force for a change.