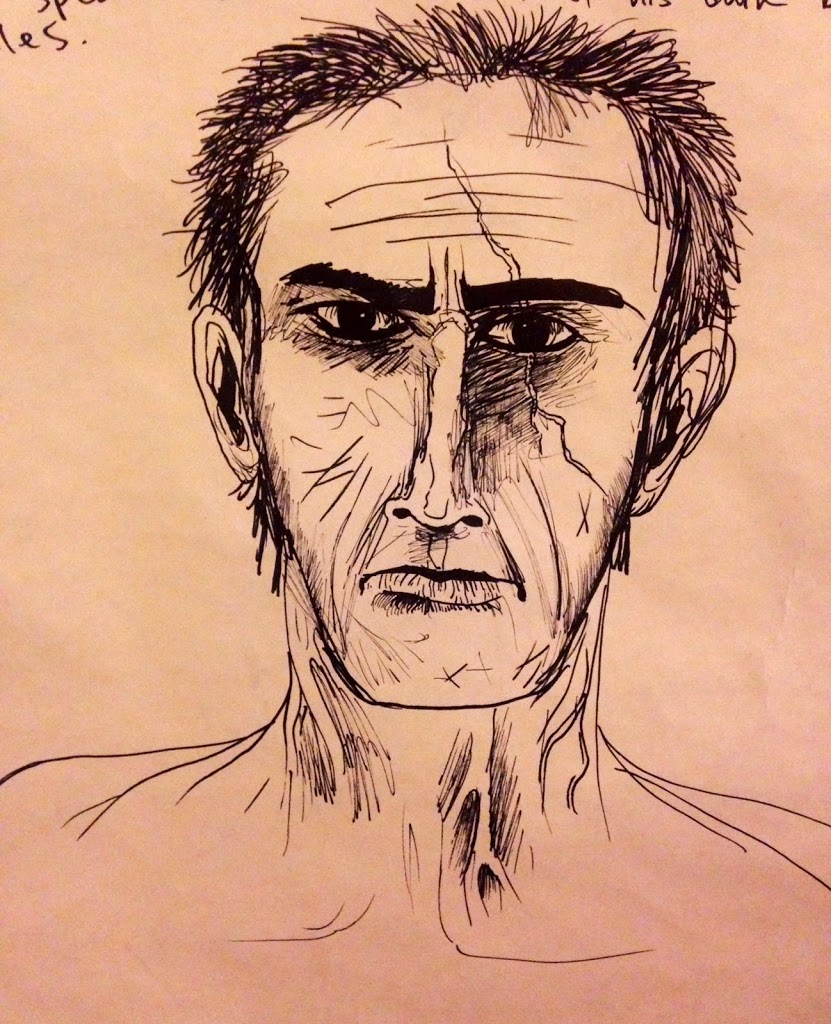 Katsuo Kobe is a storm cloud. He moves slowly, he is never late, and his arrival is always heavy with portent. He is the owner of the Ally Cats Video Arcade [sic], and no one else tells him how to run his business. Not the staff, not the police, and certainly not the Yakuza.

Once, many years ago, the Yakuza tried. They sent a lawyer in a silk suit, who appeared in Katsuo’s office bearing a briefcase and a permanent smirk and an ultimatum: 20% of revenue and a veto on arcade policy, plus free reign for Ijima family muscle or else … the Ijima family would activate the machinery of pain.

Katsuo said nothing to the emissary. His response was an enormous, dread ellipse, which boiled off his massive shoulders and hovered over the lawyer until he smothered in it and begged to be excused.

The next day, the emissary was dead. Four cars exploded in Ijima territory. Their cocaine turned to borax and their fronts, one by one, caught fire. A second emissary visited Katsuo to withdraw the ultimatum. The big man heard him, but the violence continued. Guns jammed at critical moments. Strip clubs flooded with phosphene gas. Each night, one window of Boss Ijima’s mansion shattered, until no windows remained. No bribe, no apology, no ritual suicide could end the onslaught, until one day, three months and three days after it started, it simply stopped. It was done.

Today, Katsuo drifts down the aisles of his arcade undisturbed, collecting the day’s take from the machines. He cuts a trough of silence through the cacaphony. He owns no other buildings, grants no favors and is owed none, and never speaks. But in the heart of his dark bulk, blue lightning crackles.