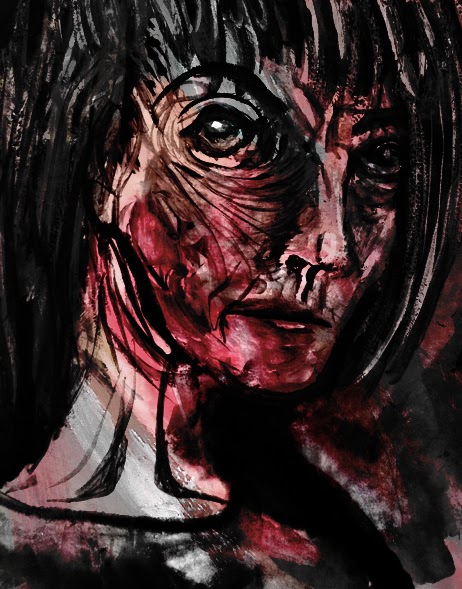 They call her Shell because Michelle is too many syllables to yell when she’s beating the hell out of one of the other inmates. Inmates: her word, though the staff keeps encouraging her to use “tenants.”

And the real shame of it is, she can be a real sweetheart sometimes. So say the new volunteers, but the old ones know she doesn’t speak more than maybe one word of truth out of every fifty. She hasn’t had her period yet, but she knows what it is, lied about it once to get one of the staff alone with her in the bathroom. “I love to fight in bathrooms,” she says, “Lots of hard surfaces.” And that at least isn’t a lie.

She tells the therapist a different story every week or two. She was an heiress at one point, disinherited because a private investigator proved she might be illegitimate. She was a sea-captain’s daughter, whose father had murdered her mother and sister in front of her. She was the adopted daughter of an American-born jihadist, given up to the state when he was shipped off to Guantanamo. When she said she was sent from space to preach a message of peace and joy, that’s when the therapist finally stopped trying to believe her.

She tells everyone she’s a painter, too, but they all know she’s lying. Trouble is, she’s not. She steals watercolors from the pharmacy on Lincoln, and sells her brightly-colored masterpieces for five bucks a piece on Michigan ave. It’s blue and red chaos on her canvas – men on fire, oceans in storm, things that might be dragons. She sells the paintings too fast for anyone at the shelter to ever find any as proof. But sooner or later, someone will. They’ll bust in without knocking and find her hunched among the day’s batch of drawings, and they’ll say, “My god, I was sure you were lying. These are amazing.””Ah, they’re okay,” she’ll lie.